The following essay was commissioned by Axis for their curated section in 2012.

Thinking through the process: making and unmaking, repair and repetition

Searching the Axis website in order to curate this online exhibition and with the broad idea of finding innovative or contemporary approaches to craft and object making has been an interesting process. The Crafts may be seen to be in a state of flux – teaching of material based subjects is in upheaval, subject to budget cuts and in some places seen as an outmoded form of practice – its need to be understood as a thinking process is somewhat denied. But it cannot be denied that making offers crucial ways of thinking and work being created within its field and about it today should be acknowledged as important.

As an artist who makes things – objects, exhibitions and ideas – I am engaged with thinking critically about the reasons why we make and the necessity of making as a thinking process. That the ‘process’ is a crucial but often hidden stage has been a major thinking point for me over the last ten years.

In curating this exhibition I have looked for artists that explore concepts of repair, making, unmaking and repetition – all as ways of thinking. Repair in making is complex – it takes the understanding of how something has been made by its original maker to repair or restore it. The making and unmaking processes that take place in order to do this involve a layering of knowledge and sensibility in the handling of material that develops through time spent and an appreciation of changing technologies over time.

Things Fall Apart (2008) Andrew Burton’s process-based temporary structure is made from brick components, which are later broken up, their constituent parts forming the artist’s next body of work. Burton’s works are made and unmade simultaneously gathering evidence of the previous works they encapsulate. Collaboration has formed an important aspect of Burton’s work, in particular through the projects that he has undertaken in India such as Sculptures from a Land of Ants and Bees, Delhi (2006) which ‘involved Burton working with bamboo and ladder workers, artisans whose skills are increasingly challenged as India transforms itself’

Through this and ‘working closely with crafts-people he investigates the potential for change that craft might bring to sculpture and, indeed, sculpture to craft’. 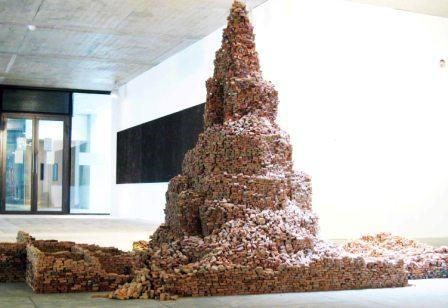 This process of unmaking is also explored in Amy Houghton’s One centimetre is a little less than half-an-inch (2009). Here the artist takes ‘a pseudo-forensic approach, taking apart and ‘x-raying’. I know how to unpick a textile. I like the idea of going backwards – the unmaking – in going backwards you have a sense of what the person has been through. At points you will see things that only that person would have seen at the time of making and there is a real sense of physical connection’. 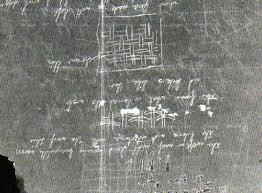 Shelly Goldsmith uses a layered process and understanding of materiality and handling of complex scientific processes and particularly human biology in her thinking about worn garments. In Outpourings on an English Landscape (2009) Goldsmith worked collaboratively with the Forensic Science Service exploring the parallels between ‘forensic methodology and the methodology of her practice’.

‘Shelly’s metaphors of flooding, staining, and seepage may also be applied to the processes of the unconscious she explores. Shelly’s work offers opportunities for the viewer to participate in a stream of consciousness that may bring fresh perspectives – not only to traditional skills and processes (the textile media she employs), but also to a fundamental understanding of ourselves, our relationship with the world we inhabit, and the residues we leave behind’.

Residues of another kind form the material with which artist Catherine Bertola constructs and creates installations, objects and drawings that respond to particular sites, collections and historic contexts. In After the Fact (2006) Bertola quietly interacts with dust that is found at the site of installation, reminding us that, things left hidden still quietly exist and can provide an eloquent material in which to mark human presence.

‘Often drawing on the historic role of women in society, the home, craft production and labour. The work is concerned with the often mundane materials and objects of everyday life, and a preoccupation with the ways in which time and the passing of time becomes inscribed and materialised in the things around us’. 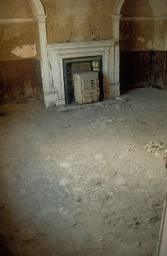 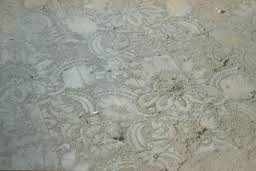 Time, repetition and a sense of inherent materiality in the making process are at once appealing in Satie 840 (2007) Here artist Jill Townley, attempts to ‘experience what 840 repetitions feels like – by chalking numbers on a blackboard. Starting at one each number was drawn and rubbed out by hand then replaced by the next number in basic numerical sequence. The whole process is repeated until the number 840 is reached’.

Through a process of mark making, erasing and repeating the process, the artist builds an appreciation of rhythm and time systematically. The process builds as the chalk surface grows and the numbers, at first difficult to remove by hand, begin to seamlessly disappear in the building chalkiness of the blackboard.

The final work I have selected is Julie Cook’s Duende A Time for Healing (2006). Exploring ‘the physical, emotional and spiritual elements of healing and the tension between confinement and release’.

Here we see a response to repair embodied in the work. Cook is ‘drawn to found materials which have in the past supported, protected or comforted the body – pillowcases, wool blankets, goose down duvets, bolsters and crisp cotton sheets – Cook’s sculptures are designed to function as panaceas for the human condition’. 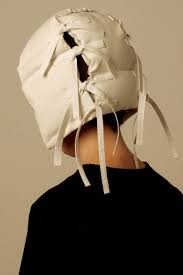 Helen Carnac is a maker, curator and academic who lives and works in London. Drawing, mark-making, the explicit connections between material, process and maker and an emphasis on deliberation and reflection are all central to her practice as a maker and thinker.
Loading Comments...
%d bloggers like this: